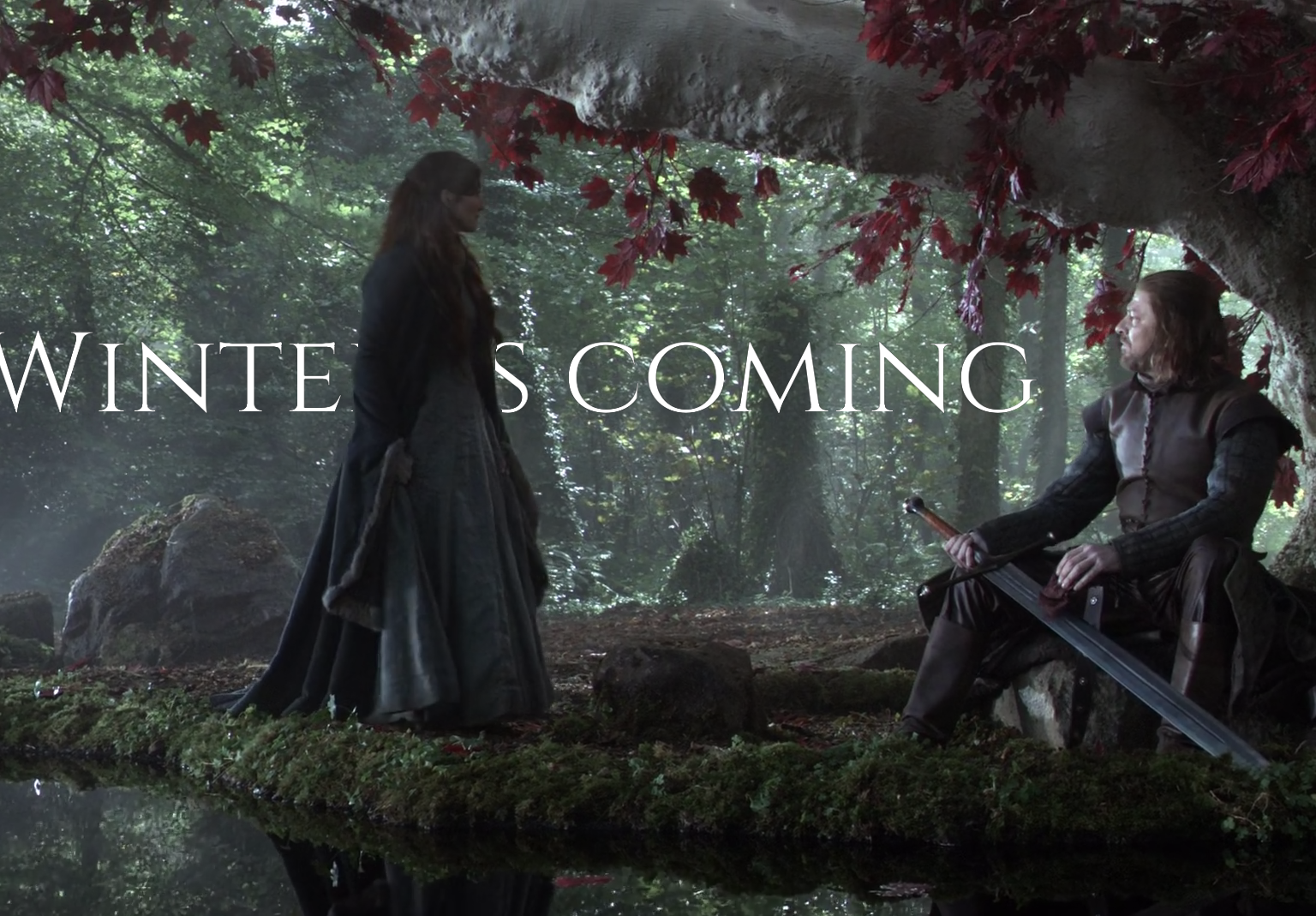 In the image above and the video below, the left character partially hides the text. In this post, I show how to automatically create such effect with a pretrained deep learning model and traditional computer vision techniques.

I focus here on the general approach and you can see the implementation details (and create your own videos!) with the attached notebook. You can also edit pictures through a user-friendly web app.

Adding text to a single picture

As illustrated in the following diagram, adding text to a single picture is straigthforward: 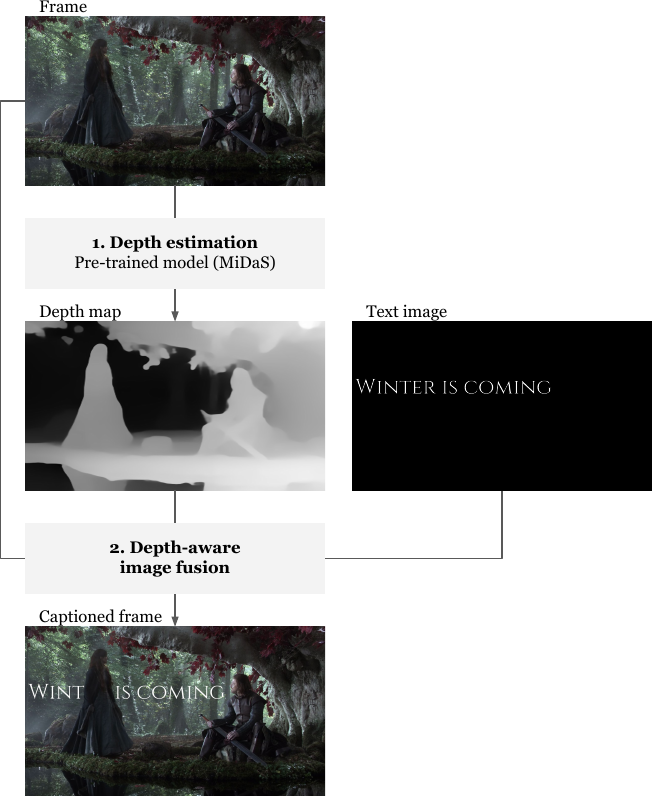 With videos, the result is much more convincing if the added text seems static even though the camera moves. If we have already chosen the position of text for a reference frame and want to determine the position for another frame, we need to estimate the camera movements between the two frames. We’ll then be able to compensate them to create the illusion of a static text.

This is done in 3 steps: 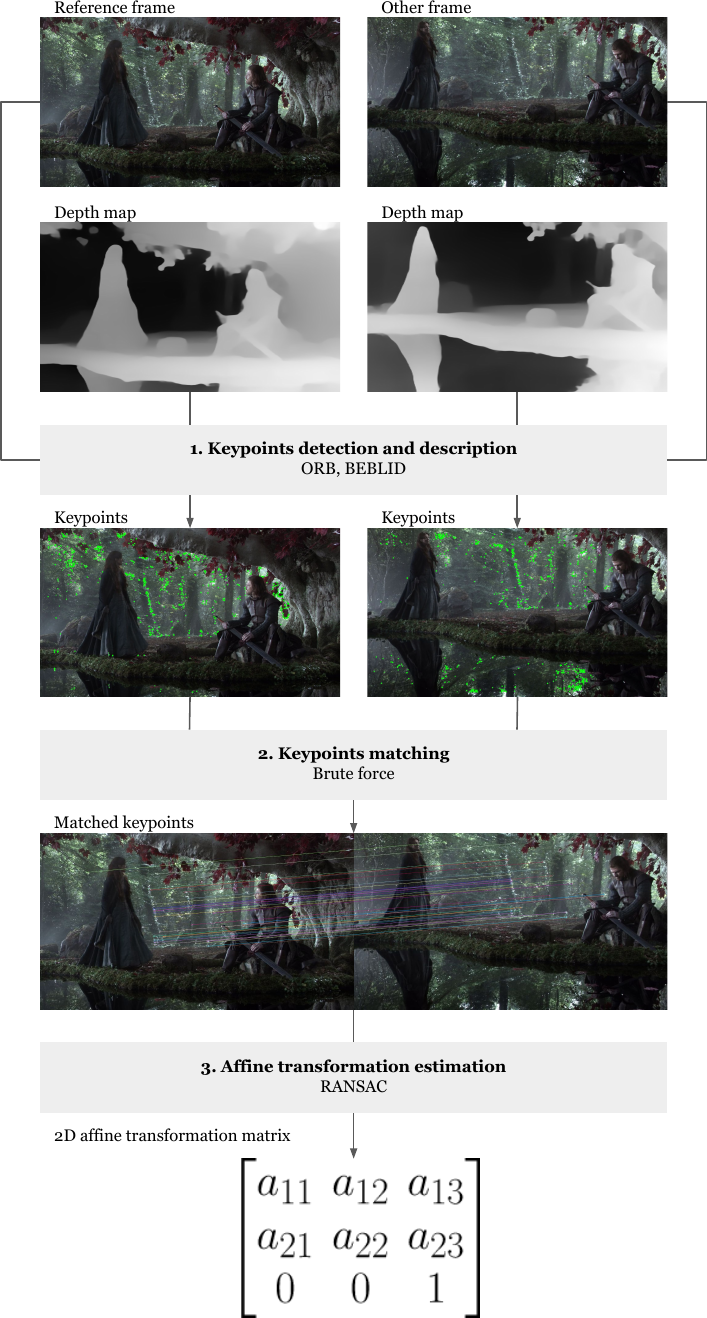 Adding text to a video 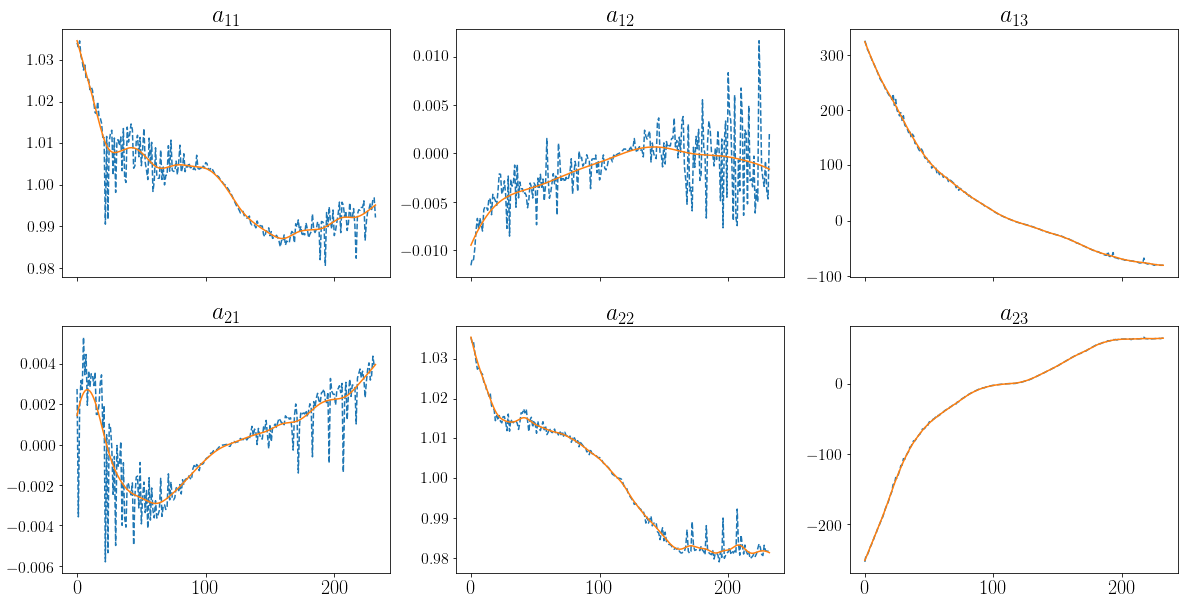 I find it satisfying to see how traditional computer vision methods and a deep learning model can be jointly used to produce convincing results. It’s also pleasantly straightforward to combine these techniques with powerful Python libraries like OpenCV and transformers. I hope you’ve enjoyed this blog post. Let me know if you use the notebook to create cool videos!

This project was inspired by the official video of Jenny of Oldstones by Florence + the Machine and built with OpenCV, transformers, the MiDaS model and Google Colab.

Written on June 8th, 2022 by Vivien
comments powered by Disqus